It's been a long time coming, but there are now plenty of road bike manufacturers that are starting to add disc brake options to their flagship road bikes.

Models like the Scott Solace and Scott Addict which have long been popular top end road bikes now have the option to include disc brakes, along with other top names like Cannondale, Pinarello  and Orbea also producing models with disc availability. 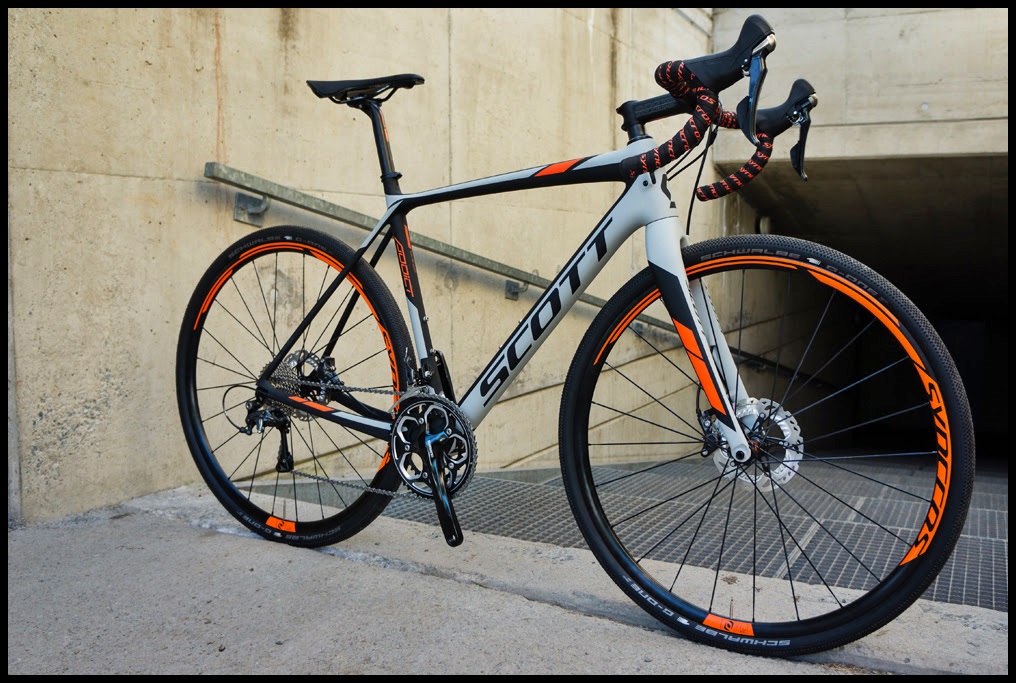 Fitting disc brakes to a road bike is a tricky business as teh forks need to be manufactured differently to allow for the rotor blades and braking mechanism to be accommodated. This often means that the forks thend to be a little wider, which can affect handling.

Structural integrity is also an issue, as disc brakes apply much more force to the forks than the traditional cantilever brakes do. Whilst this allows you to stop much faster, the extra force can be an issue, which is why specific disc-forks need to be added to the bike if you are upgrading by yourself instead of as part of a groupset.

Whilst disc brakes are taking the cycling industry by storm, there have been issues in the professional peloton with concerns over the safety of riders. This is both due to the increased stopping power which could cause unnecessary crashs - especially as riders get used to them in a race situation - and the fact that the rotors get hot when used often, which could cause injury if there is a crash against riders' exposed skin.

These concerns - which culminated in a claim by pro team Movistar's Francisco Ventoso that he was injured in a crash involving disc brakes - have led to many race organisers banning disc brakes from use in their races.

If you intend to race you shiny new disc-brake equipped road bike then you ned to check the rules of your local league as many leagues have banned them already and you won't be able to compete. At the moment this is only in a race situation, disc brake road bikes are still allowed in events such as sportives where there isn't as much pressure as exists in a race situation.

It is also worth enquiring with your local cycling club to see if they allow disc brakes on their club rides, as these are often large mass rides that include riders of varying ability. There's no use upgrading to discs to show off if you can't use them anywhere!

At Cycle Division we have a great selection of bikes including the Cannondale Synapse Ultegra Disc which is the ideal bike to upgrade to if you want to stay with the times!